Step #6, Heart-Mind – Day 1  In 1947, Alice A. Bailey wrote The Problems With Humanity. In many ways, it was a response to WWII in its exploration of evil expression on our earth. The current world situation has been described as “life during wartime.” Although the “enemy” is a virus and not a coalition of world powers, we still see the dualistic human tendency coming to the surface and penetrating our hearts and minds. Perhaps this is enemy #2. Here is an excerpt from the book:

“At the very outset of our discussion, it would be wise to remember that the entire problem we are considering can be traced back to the outstanding human weakness, the great sin or heresy of separateness. There is surely no greater sin than this; it is responsible for the entire range of human evil. It sets an individual against the other; it makes them consider their selﬁsh, personal interests as of paramount importance; it leads inevitably to crime and cruelty; it constitutes the greatest hindrance to happiness in the world, for it sets human against human, group against group, class against class and nation against nation. It engenders a destructive sense of superiority and leads to the pernicious doctrine of superior and inferior nations and races; it produces economic selﬁshness and leads to the economic exploitation of human beings, to trade barriers, to the condition of have and have not, to territorial possessiveness and to the extremes of poverty and riches; it sets an important emphasis upon material acquisitiveness, upon boundaries, and the dangerous doctrine of national sovereignty and its various selﬁsh implications; it breeds distrust between peoples and hatred throughout the entire world and has led since time began to cruel and destructive wars. It has today brought the entire planetary population to its present dire and dreadful condition so that people everywhere are beginning to realize that unless something is fundamentally changed, humanity is practically already destroyed.”

We are born tender. We are taught to harden. It is only through softening to each moment, opening to one another and receiving the uniqueness of our individual expression that we will rid the world of separateness. We are all part of a greater consciousness that expresses so pristinely though the diversity of life on planet Earth. Harmlessness, cooperation, and creativity must prevail for humanity to prosper.

Soften to someone today. Hold them in the space of your heart. Open your mind to new ideas. Release separateness by observing any judgments or criticisms that may arise, including self-judgement and self-criticism. Live and love… with all of your heart.

REGISTER FOR THE PRACTICE

Join the Practice and start meditating with us! Receive new meditations in your inbox.

Attend a meditation retreat and take your practice to the next level!

Visit our website to find out more about our meditation practice retreats, and online classes. 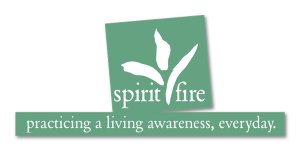