The Practice of Living Awareness

Step #8, Asana Meditation – Day 2  Pranayama is the formal practice of controlled breathing. There are many techniques… each one is as accessible and beneficial as the breath itself . Squared breathing is one of those techniques and it has a calming effect. It engages the parasympathetic nervous system, which is often referred to as the body’s rest & digest system, also called rest & restore system. Typically this system works autonomously, meaning it is involuntary – it does its own thing in its own time. But squared breathing is voluntary and it shifts, or seems to down-shift, the nervous system from excitement to receptivity. This can come in handy, not only in meditation, but in everyday life. Personally speaking, squared breathing got me through my tumultuous twenties with a modicum of grace! It fostered alignment, or inner asana.

For this meditation, we’re going to practice squared breathing. The beauty of this practice lies in the interlude between the inhale and the exhale (where it says “hold” in the diagram below). Okay, really, the beauty lies in the subtle space between the breath and the interlude itself (the curved edges in the diagram below). Between the between… I know, we’ve been saying that a lot lately. Small things are big things.

Use this sweet little diagram below to follow while along while you practice this exercise. Take your time; rewind the recording if you lose track. It’s worth it, trust me! I can feel the calm washing over you already! 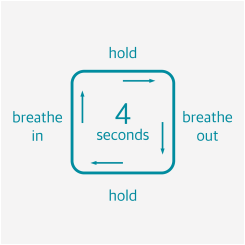 REGISTER FOR THE PRACTICE

Join the Practice and start meditating with us! Receive new meditations in your inbox.

Attend a meditation retreat and take your practice to the next level! 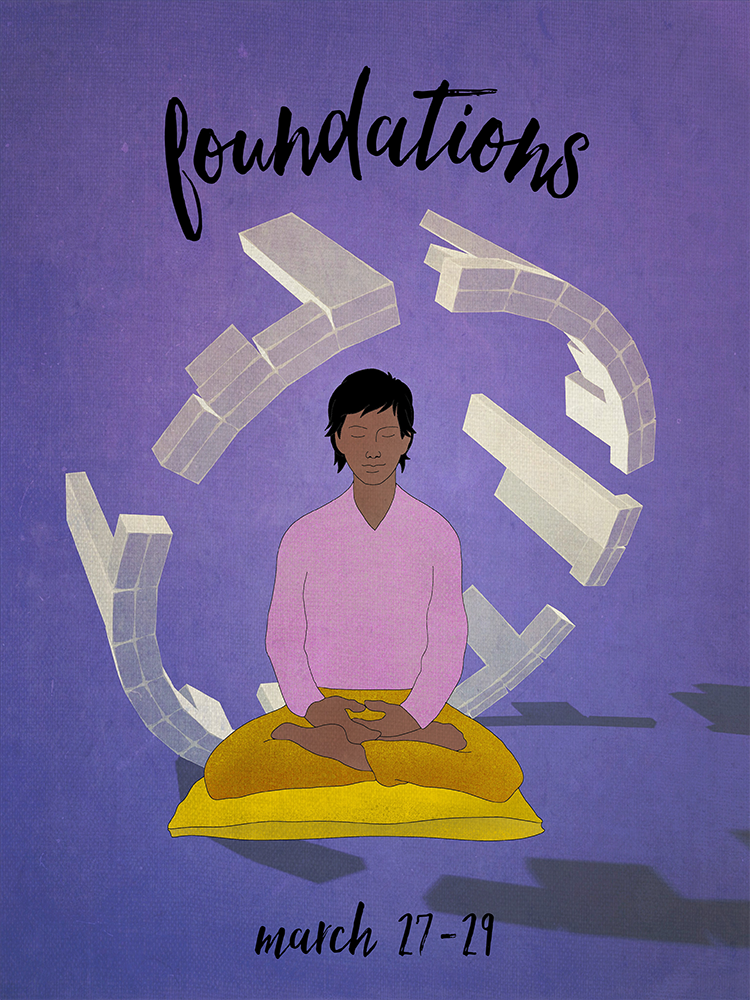 Visit our website to find out more about our meditation practice retreats, and online classes.